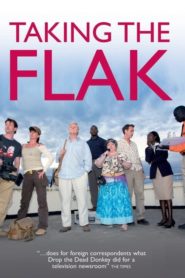 2009 241 views
Comedy-drama about the lives of journalists in war zones.
ComedyDrama

IMDb: 6.7 2002 330 views
Based on the book of the same name by Alex Shearer; a new political party called the “Good for You” (abbreviated as GFY) which comes ...
ComedyDramaFamily

The Scarlet and the Black

The Scarlet and the Black